A year-long deep dive by Recorded Future finds that Russian and Chinese hacking forums differ in many respects.

It's thieves versus geeks on Russian and Chinese hacking forums.

The October 10 report, "Thieves and Geeks: Russian and Chinese Hacking Communities," examined the advertisements, posts and interactions within these various hacking and criminal forums in order to create a much richer picture of the two cultures. 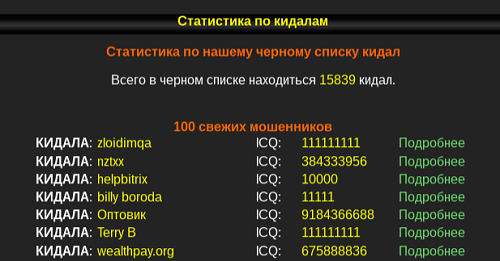 Russian message board keeping track of "kidala" or "ripper" who have been blacklisted.
\r\n(Source: Recorded Future)\r\n

The idea behind the report is to go beyond what is bought and sold on these forums to understand some of the motives behind the people who participate. The results are that Russian and Chinese hackers are miles apart in what they do and how they do it.

"Each country's hackers are unique, with their own codes of conduct, forums, motives, and payment methods," the study finds.

The biggest difference is how Russian and Chinese forums view what they do on these forums. For Russians, the forums are places of business and deals are based on reputation, and interactions remain almost professional.

"Russian forums leave very little room for socializing or camaraderie," according to the report. "These sites are places of business, not bastions for community. Respect and trust are built on successful financial transactions, and the reliable, consistent forum members rise to the top of their trade, while those with lesser consistency are given poor ratings."

Those hackers with poor ratings, called "kidala" or "ripper," are typically banned or blacklisted.

The Chinese forums are the complete opposite. There is a great of comradery and interaction between different individuals and groups. "Many of these forums require members to engage with a post, either through a comment or personal message, before being able to purchase or trade malware. Daily interaction on a forum can also be a prerequisite for maintaining forum membership or a way to generate in-forum currency," according to the report.

Some of this culture reflects the "Great Firewall of China," which limits how much information and content can filter into the country. The Chinese forums have less freedom than their Russian counterparts, and the forums and what they sell and promote on them reflect that reality.

In both cases, Russian and Chinese forums are organized in open, semi-private and closed sites, with varying levels of access depending on the administrator. Many of the open forums are available on the standard Clearnet, as opposed to the Tor-accessed Dark Web. (See Watch Out: The Dark Web Is Really Watching You.) 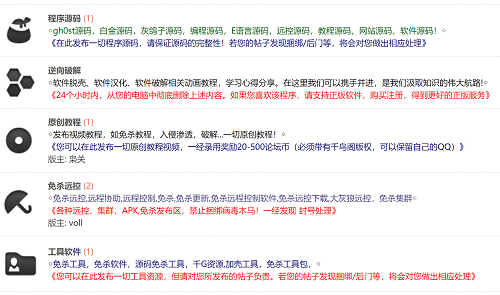 One interesting note on the Russian forum is an unspoken rule that hackers will attack targets outside of the Russian Federation. Testing within Russia is allowed, but malware attacks must target victims outside the country, or hackers risk arrest.

The report also found that while Russian forums attract Russian, English and Chinese speakers, most of the Chinese forums are more closed because of the language barrier, with Russian and English speakers turning their attention elsewhere.

With the Chinese forums, Distributed Denial of Service (DDoS) tools and remote access Trojans are the most popular. In addition, these forums tend to sell and distribute various VPNs in order to bypass the country's censors.