A new report from Kaspersky Lab finds that 18 months after WannaCry fist infected Windows machines around the world, the ransomware remain a significant security threat.

Nearly 18 months after it first appeared, WannaCry continues to be a significant security threat to enterprises around the world. In the third quarter of this year, the ransomware targeted more than 74,000 unique users across the globe, a new report finds.

This updated look at WannaCry is contained in Kaspersky's "Q3 IT Threat Evolution Report," which the security firm released Wednesday, November 14. During the three-month period, Kaspersky analysts recorded 74,621 WannaCry attacks.

Kaspersky researchers did see a small decline in the number of overall ransomware attacks, as cypercriminals have turned their attention more toward cryptomining and cryptojacking, which is a trend that has continued since the beginning of the year. (See Cryptomining Malware Continues to Surge as Cybercriminals Cash In.) 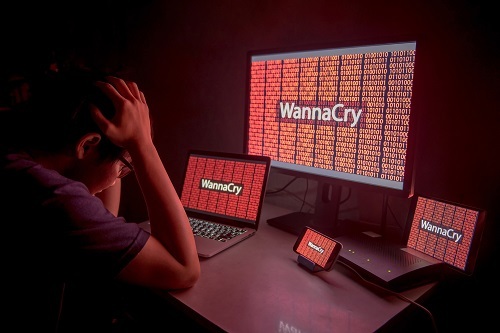 During the third quarter, Kaspersky detected a total of 259,867 cryptor or ransomware attacks, a 39% increase from the previous three-month period. Activity spiked in September when the total number of attacks reached 132,810.

"The rising share of WannaCry attacks is another reminder that epidemics don’t end as fast as they start; there are always long-running consequences," Fedor Sinitsyn, a Kaspersky security researcher, noted in the report.

WannaCry itself has its origins in the EternalBlue exploits developed by the National Security Agency and then leaked online by the Shadow Brokers group. After the exploit first appeared in April, the first WannaCry attacks followed a few months later. (See WannaCry: How the Notorious Worm Changed Ransomware.)

While no one has ever claimed responsibility for WannaCry, US intelligence has blamed North Korea, specifically the group known as Hidden Cobra or Lazarus. North Korea has always denied any knowledge of the ransomware attacks. (See Will Charges Against WannaCry & Sony Cybercrimes Suspect Temper Future Attacks?)

A few months before it appeared, Microsoft issued a patch that would have stopped the spread of the ransomware, but companies did not apply it in time, which allowed WannaCry to spread.

It continues to do so today, along with other ransomware, such as SamSam, BitPaymer, Dharma and of a host of others. However, none of the cryptor attacks had the same effect as WannaCry. (See Sophos: 'Living off the Land' Is the Law of the Land.)

In its report, Kaspersky recommends applying all operating system patches once they are released, and to back up files to ensure that if the business is hit by ransomware, databases and other important data can be recovered. The security firm also urges enterprises not to pay the ransomware, and if infected, to use a decryptor tool.