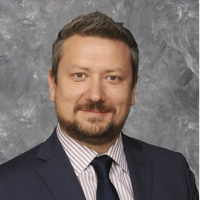 Rebuilding the privacy framework for data transfer between the US and its European trading partners won't be easy but it's still a worthwhile effort.

When the European Union’s Article 29 Working Party sent the draft EU-US Privacy Shield data sharing and transfer agreement back for another round of edits and negotiation, the message was clear: there’s still more work to do to ensure data privacy.

In 2013, following Edward Snowden’s revelations of ongoing surveillance by United States intelligence agencies, trust in the US was severely damaged and proved to be the undoing of the previous trans-Atlantic data transfer agreement known as Safe Harbor. When lawmakers and citizens of the European Union discovered the extent of America’s data collection operations, something had to give—and it did. A lawsuit was filed, the Schrems Decision was reached and Safe Harbor was invalidated.

For anyone who follows issues of privacy and data protection closely, the Article 29 Working Party’s rejection of Privacy Shield was not a surprise. Hopes were high that the agreement might earn the approval of the EU’s privacy watchdogs and that a data trade framework might soon be in place that would help to rebuild broken trust. Today the future of Privacy Shield remains in doubt, and even as the Working Party began examining Privacy Shield’s language, the FBI was engaged in a high-profile and largely symbolic fight to force tech icon Apple to grant it access to an iPhone once owned by one of the San Bernardino shooters.

By now, we know the story. The FBI’s investigators failed in their own early attempts to unlock the device, attempted through the courts to compel Apple to create a program that would crack the phone’s security, then paid handsomely for a third-party to do the job for them so that they could access the data they needed for their investigation.

While it remains unclear whether there is any information of value to the Bureau on the phone, what does seem evident is that when the FBI wants the information it wants, it isn’t afraid to exert its power and influence in order to set a precedent. Yes, the FBI—and all of our federal law enforcement and intelligence agencies—have a mandate to protect the public, but to wage such a public battle at a time when the European Union and the world are still deciding how much trust they can invest in us seems inopportune. Privacy-sensitive observers may not be comforted by what they’ve seen thus far.

Privacy Shield is as much about geopolitics as it is about trade; U.S. Secretary of Commerce Penny Pritzker recently described the pact to the New York Times as an “agreement to make sure that people understood that their privacy would be protected. Trust in the Internet and trust in the ability to send data back and forth is fundamental to the global economy.” Pritzker said that Privacy Shield is an important part of the smooth transaction of $260 billion worth of privacy-centric, trans-Atlantic trade between the U.S. and our European partners.

Brand trust is a valuable asset. It’s easy to break down domes of trust, but it can be a long, difficult road to rebuild them. In a global economy, trust needs to be transferrable across international borders if companies want to tap into overseas markets. To do so successfully, companies must recognize that they are responsible for their own actions, and for building trust with their overseas customers and partners, no matter what agreements are in place. In the digital age that means investing in the tools required to protect data, which responsible companies are doing by spending millions of dollars to ensure that data is safe and secure. Research firm Gartner says total spending on information security last year eclipsed $75 billion.

In the U.S., companies are compelled to invest in systems and practices that comply with privacy and data security laws in order to protect the public. Technology developers are motivated to build products that give users, whether individuals or organizations, confidence that their privacy is secure. When federal agencies actively engage in activities that could be perceived by some as undermining trust in our national brand, what is the result? The debate as to whether either the FBI or Apple were in the right is not so clear-cut, but the ramifications of the episode could have long-term implications in regulatory policy and overall trust in both the tech industry and the US government.

It won’t be easy, but if Privacy Shield—in whatever form it eventually takes—is to stand up to the scrutiny of privacy advocates as the framework for trans-Atlantic data transfer, it will require all parties—including industry and federal agencies—to act in good faith and rebuild (and keep) the trust of our European trading partners. A long road is ahead of us; building and maintaining trust is never easy, but it is certainly a worthwhile task.

Peter Merkulov serves as chief technology officer at Globalscape. He is responsible for leading product strategy, product management, product marketing, technology alliances, engineering and quality assurance teams. Merkulov has more than 16 years of experience in the IT ... View Full Bio

Whatever the differences between U.S. and EU privacy laws, Safe Harbor was challenged in court by Max Schrems following the Snowden disclosures and revelations that U.S. intelligence agencies were accessing data considered private in Europe. It's important that both sides find a way to reconcile differences in approach in order to provide clarity for data sharing. Until such time as a new trans-Atlantic data transfer agreement is in place, however, U.S. companies must contend with that breakdown in trust by rising above the low bar of compliance and establish their own high standards of protection and management for the data entrusted to them.
Reply  |  Post Message  |  Messages List  |  Start a Board

While I'm sure some semblance of trust will begin to build again between the EU and US, that's not because of anything the US has done, it's because the politicians in the EU are little better. In the UK they are pushing privacy invading laws that are far more draconian than they have in the US, so it's hard to find anyone championing the real will of the people when it comes to not invading personal privacy.
Reply  |  Post Message  |  Messages List  |  Start a Board
Editors' Choice
1
Attackers Find New Way to Exploit Google Docs for Phishing Jai Vijayan, Contributing Writer,  6/18/2021
1
Did Companies Fail to Disclose Being Affected by SolarWinds Breach? Jai Vijayan, Contributing Writer,  6/21/2021

Cyberattacks Are Tailored to Employees ... Why Isn't Security Training? Tim Sadler, CEO and co-founder of Tessian,  6/17/2021

How Enterprises are Developing Secure Applications Recent breaches of third-party apps are driving many organizations to think harder about the security of their off-the-shelf software as they continue to move left in secure software development practices.
Download Now!