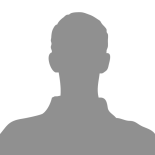 Development environments pose a few unique risks to the organization.

Question: What threats to developers and development environments should I know about, and how do I defend against them?

Brad Causey, CEO at Zero Day Consulting: Developers should be on the lookout for several threats. First, be wary of what libraries and thirty-party code you integrate into your applications. Aside from the obvious older and vulnerable versions out there, many companies are seeing supply chain attacks. This is where the attacker compromises an application or library in use by the organization but hosted and provided by a vendor. Recently, for example, a Chinese hacker group, Wicked Panda, has been compromising system admin tools and vendor update repositories in order to gain footholds into their consumer networks. The takeaway? Make sure anything you bundle into your software is vetted and safe. Also, take a close look at your integrated development environment (IDE) and other development tools.

What do you advise? Let us know in the Comments section, below.

Do you have questions you'd like answered? Send them to [email protected].