The number of high-alert and critical vulnerabilities continues to grow, with 2018 shaping up to be a record year for security flaws found within corporate networks, according to new research from Tenable.

The number of enterprise-grade vulnerabilities labeled either as high-alert or critical continues to grow, with 2018 shaping up to set new records for these security flaws, according to new research published Wednesday by Tenable.

In its Vulnerability Intelligence Report, Tenable researchers find that the more than 15,000 new vulnerabilities were published to the Common Vulnerabilities and Exposures (CVE) list in 2017 compared to 9,837 posted in 2016.

However, the first half of 2018 already shows an increase of 27% above the previous year, setting the security industry on pace to publish between 18,000 to 19,000 vulnerabilities by year's end. Of the 15,000 vulnerabilities recorded in 2017, more than half -- 54% -- were rated 7 or higher, according to the Common Vulnerability Scoring System version 3 (CVSS).

Additionally, nearly two thirds -- 61% -- of enterprise vulnerabilities have a CVSS volume 2 score of High, specially between 7 and 10 on the scale, according to the November 7 report by Tenable, which makes IT vulnerability management tools and services. 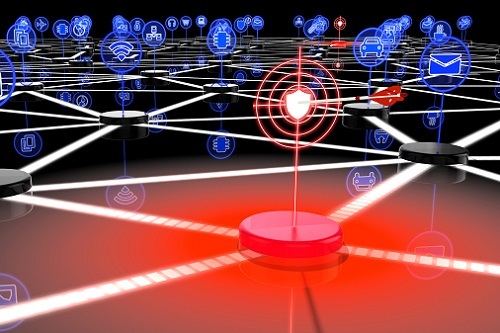 In the report, Tenable researchers define an enterprise vulnerability as a security flaw or weakness that is found either in software or an operating system that can lead to a security compromise. The study itself is based on data the company collected between March and August of this year, which included more than 900,000 unique vulnerability assessments conducted by 2,100 individual enterprises from 66 different countries.

Many of these vulnerabilities are the result of enterprises running older versions of various software packages and platforms, including outdated versions of Windows and other Microsoft products, as well as Oracle Java and Adobe Flash.

"This expanding attack surface naturally has an impact on the growth in vulnerabilities," Tom Parsons, the head of research at Tenable, wrote in an email to Security Now.

"More technology, more vulnerabilities. New and older systems also coexist," Parsons added. "We know that there are still OS versions like Microsoft Windows Server 2000 deployed, for example. The longer any given OS is out in the world, the more vulnerabilities will be discovered, especially when compared to newer versions."

In addition, Parsons notes that bug bounty programs have increased the volume of reported vulnerabilities, which can be a good thing for software developers and security teams. At the same time, cybercrime continues to increase with bad actors continually searching for new ways to penetrate corporate networks.

A good deal depends on the person or persons behind the attack.

"It really depends on the threat actor and target profiles," Parsons noted in his email. "But we should not conflate targeted with advanced or sophisticated. We know, based on our research, that they do have some potential targets with that approach. Cybercriminals don't really need to waste a zero-day when something simpler will work in most cases."

Digging into the details, Tenable researchers found that older versions of various web browsers are extremely susceptible to the type of vulnerabilities listed in the report. High-alert Firefox vulnerabilities dominated the top ten of all browser flaws, with the open source platform responsible for 53% of the total incidents recorded.

"The most common attack we see targeting web browsers are conducted using exploit kits," Parsons wrote, adding that once inside the network, attackers use these vulnerabilities launch any number of cyberattacks, including cryptomining and cryptojacking, banking credential stealers, or distributed denial of service (DDoS) attacks and bots. (See Cryptomining Malware Continues to Surge as Cybercriminals Cash In.)

But what can be done?

In his email, Parsons suggests gaining better visibility and intelligence within the enterprise network. This includes running assessments more frequently to better understand the attack surface. At the same time, security teams need to be more aware of the threats out there.

Finally, within enterprises, security teams and IT operations teams need to come to agreement on goals and to assess the amount of risk the business is willing to take. (See Security Needs to Start Speaking the Language of Business.)

"Security and IT Operations, as well as the general business, have to reconcile very different objectives and requirements," Parsons wrote. "Improving the relationship between all of these disparate stakeholders, so that we can reduce risk together, is the key to managing this well. For that to be successful, the security team has to minimize the resulting work for other teams, and be able to describe how a vulnerability actually translates into risk to the business."