Gartner's latest survey of CIOs finds that spending on cybersecurity and artificial intelligence is increasing.

ORLANDO, Fla. -- Gartner Symposium/ITXPO -- CIOs are expected to spend more of their budgets on cybersecurity tools, as well as artificial intelligence technology, over the next 12 months as the enterprises they work for continue the digital transformation of their business.

Those statistics comes from Gartner's 2019 CIO Agenda, which the analyst firm released at its show here on October 16. The study is based on the responses of 3,000 CIOs from 89 different countries. Taken together, these executives oversee about $284 billion in IT spending.

The report found that despite the push many enterprises are making to start or finish their digital transformation, budget will remain relatively flat in the next year. CIOs report that they anticipate their budgets growing about 2.9% in 2019, which is slightly less than the 3% growth expected this year.

However, as part of their budgets, CIOs want to invest more in AI. 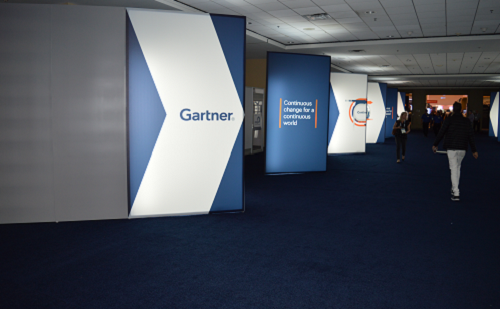 Specifically, Gartner found that among the top-performing companies, about 40% of CIOs reported that AI was their Number 1 disruptive technology, an increase from the 7% that responded to a similar question last year.

Overall, 37% of CIOs report that they are deploying some form of AI within their enterprise. By comparison 88% of those questioned are deploying cybersecurity tools. Security, privacy and the consequences of not being prepared for a cyberattack or government regulations was one of the major themes of this year's agenda. (See Privacy & AI Changing the Digital Transformation Game.)

Gartner's study also found that despite the rise and importance of CISO as an executive position, the majority of CIOs remain responsible for security within their organization.

However, some of that is changing with the higher performing companies, especially as phishing and other social engineering attack are targeting more executives in order to steal credentials and other company data. (See Attackers Can Compromise Corporate Email Accounts for $150.)

Within these top firms, 24% report that the board of directors have started taking direct responsibility for security rather than the CIO alone.