The Justice Department has charged two Ukrainian nationals with hacking into the SEC's EDGAR systems and accessing sensitive company reports and other data before the information was made public.

The US Justice Department has indicted two Ukrainian nationals with attacking the computer networks of the Securities and Exchange Commission (SEC) and accessing thousands of sensitive company documents, and then selling that data to others or trading on this insider information.

Together, the two used a series of cyberattacks to target the SEC's Electronic Data Gathering, Analysis and Retrieval system, which is also known as EDGAR. This database contains thousands of sensitive corporate documents, including quarterly and annual earnings reports, as well as other data such as disclosures for companies considering an initial public offering (IPO). 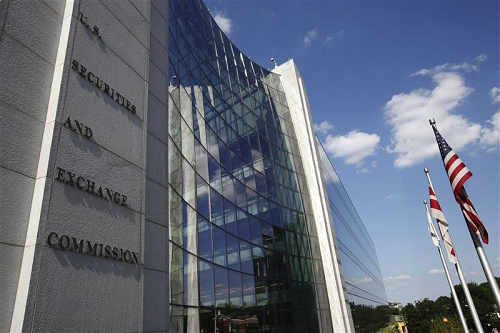 Specifically, between February 2016 to March 2017, Radchenko and Ieremenko, as well as other individuals not named in the indictment, targeted what is called test filings within the EDGAR system. These tests allow companies to preview what disclosures will be released, but they also contain much of the same information that is found in the public version of the documents.

It's these test filings documents that were stolen. That data was then sold to others or used to conduct stock trades using financial information that was not available to the general public.

To gain access to the SEC and EDGAR, Radchenko and Ieremenko used a number of different techniques and cyberattacks to penetrate the IT systems, including phishing attacks, malware planted on servers and directory traversal attacks, which involve accessing the restricted directories of a web server's root directory and then executing commands within the server. This then allows the attacker to access restricted files, where sensitive data is stored.

Once the information was stolen, the data was used to make a series of stock trades based on the test documents. For example, on May 19, 2016, a publicly traded company uploaded information to the EDGAR database at 3:32 p.m. Eastern time. About six minutes later, that report was stolen and uploaded to a server in Lithuania. In a few minutes, about $2.4 million shares of the company were bought and the company then announced record earnings the same day at 4:02 p.m.

The next day, the stock purchased with stolen data was sold for a profit of more than $270,000, according to the Justice Department.

"The defendants charged in the indictment announced today engaged in a sophisticated hacking and insider trading scheme to cheat the securities markets and the investing public," Craig Carpenito, the US Attorney for New Jersey, wrote in a January 15 statement.

In 2017, Ieremenko was previously indicted, along with several others, with stealing press releases and other statements that contained confidential and non-public financial information from the servers of newswire companies. Again, the people involved profited from buying and selling stock based on these details.

Of the new charges filed against Radchenko and Ieremenko this week, the most serious are the wire fraud conspiracy and substantive wire fraud counts, which carry a maximum penalty of 20 years in federal prison and a $250,000 maximum fine.