On the same day, authorities in the UK and the Netherlands each fined Uber for a data breach that occurred in 2016 and affected millions of customers, as well as Uber drivers.

Uber is facing fines from UK and Dutch authorities related to a 2016 data breach that exposed the personal records and data of the company's customers, as well as its drivers.

The fines stem from a 2016 data breach, when cybercriminals stole some 57 million records from Uber, including personal information on both drivers and customers. In the UK, the breach affected some 2.7 million customers and the data included names, email addresses and phone numbers. Additionally, the attackers accessed the journey routes and fees of about 82,000 Uber drivers. 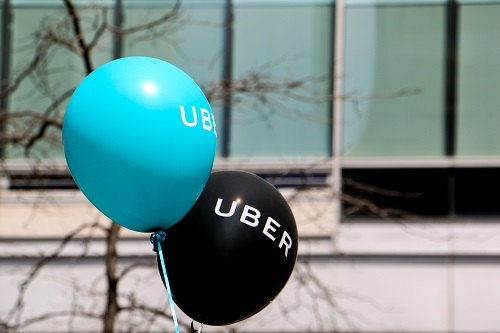 In the Netherlands, 174,000 residents were affected, with their names, email addresses and phone numbers exposed.

The 2016 attack also affected millions of customers and drivers in the US. In September, the company settled with California authorities and paid a fine of $148 million to settle the dispute. (See Uber Settles With California Authorities Over 2016 Data Breach.)

As part of that deal, California also settled charges brought by other states against Uber.

As part of its report, investigators with the ICO noted that the cybercriminals used credentials-stuffing, a brute-force attack used to guess at passwords, to gain access to Uber's data, which was stored in the cloud. Following the incident, the company hushed up the incident for 13 months until finally disclosing it to the public.

In addition, Uber paid the attackers about $100,000 to regain the stolen data.

"This was not only a serious failure of data security on Uber's part, but a complete disregard for the customers and drivers whose personal information was stolen," ICO Director of Investigations Steve Eckersley wrote in a statement. "At the time, no steps were taken to inform anyone affected by the breach, or to offer help and support. That left them vulnerable."

Following the disclosure, current Uber CEO Dara Khosrowshahi has implemented a number of new security and data protection practices at the company, including the hiring of new a chief privacy officer and a data protection officer.

In a statement to Security Now, an Uber spokesman noted that the company cooperated with the investigation and promised to make improvements:

We're pleased to close this chapter on the data incident from 2016. As we shared with European authorities during their investigations, we've made a number of technical improvements to the security of our systems both in the immediate wake of the incident as well as in the years since. We've also made significant changes in leadership to ensure proper transparency with regulators and customers moving forward. Earlier this year we hired our first chief privacy officer, data protection officer, and a new chief trust and security officer. We learn from our mistakes and continue our commitment to earn the trust of our users every day.

As the data breach happened two years ago, Uber was not subject to fines under the European Union's General Data Protection Regulation (GDPR) laws, which officially started in May of this year. If the attack happened after GDPR went into effect, the company could have received a fine of 4% of its global revenues. (See GDPR Presents New Challenges in Backup & Disaster Recovery Management .)

Right now, Uber is valued at more than $72 billion, according to reports.