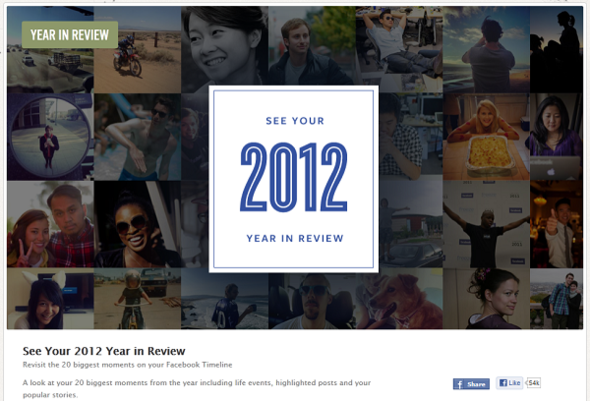 Speaking before several dozen members of the media at his company's Menlo Park, Calif., headquarters, Facebook CEO Mark Zuckerberg emphasized that Graph Search had been built with privacy in mind.

"The search we wanted to build is privacy-aware," he said. "...You can only search for content that has been shared with you."

Zuckerberg described Graph Search as "a completely new way for people to get information on Facebook" and said it represented one of Facebook's three pillars, the other two being Timeline and News Feed.

[ A library limited to e-readers? Believe it: A Digital Public Library Without Paper Books. ]

For example, the Graph Search, "friends who like Star Wars and Harry Potter," would return a list of friends who have "liked" each of those movies (among other search signals) in a context that has not been hidden through Facebook's privacy controls.

At the same time, the availability of Graph Search could make privacy more of a liability. It might encourage Facebook users to share more information about themselves and their affinities, in order to make social search more useful for their friends and for themselves. Being invisible on Facebook could impose an opportunity cost. 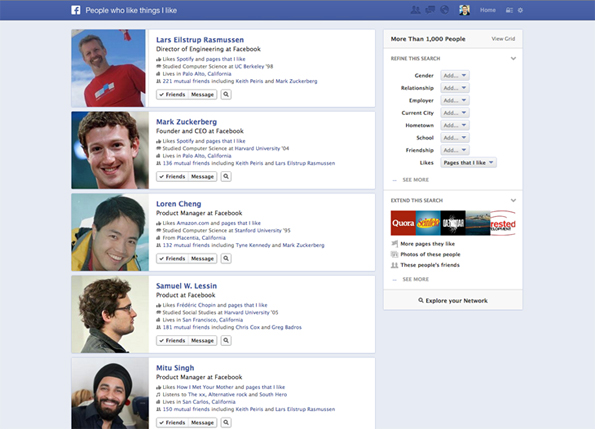 If recruiting through Facebook becomes popular, as it is on social networks such as LinkedIn, Facebook users might feel pressure to disclose more information about their accomplishments and past employment in order to increase their visibility to those who might be hiring.

Graph Search is being rolled out gradually, and is being offered in what Zuckerberg characterized as a "limited beta." Facebook users who visit facebook.com/graphsearch will be presented with the option to join a waiting list to try the service.

Although Graph Search isn't a direct competitor to Google Search, it represents a competitive threat nonetheless. It makes Facebook more useful to users, who might then be less likely to look beyond Facebook for information. It also challenges Google by expanding Facebook's relationship with Microsoft Bing, which will be providing Web search results to queries submitted through Facebook when Facebook doesn't have an answer.

When Zuckerberg was asked whether Google had been considered as a partner, the reporters and Facebook employees in the room -- steeped in the history of antagonism between the two companies -- chuckled.

Zuckerberg smiled and declared, "I would love to work with Google. When we did our Bing Web search integration, we were very public about the fact that this wasn't a thing we were trying to do with Bing. We wanted to make search social in general." He said that given the social APIs Facebook has built, it would be easy to work with a company like Google "as long as the company is willing to honor the privacy of the folks who are sharing the content on Facebook. And we haven't been able to work that out yet."

A follow-up question about Google's lack of suitability as a partner prompted Zuckerberg to elaborate. "When people share something on Facebook, we want to give people the ability to broadcast something out, but also be able to change their privacy settings later and take content down," he said, suggesting that the way Google handles information doesn't allow for the prompt removal of content at the direction of users. That kind of infrastructure, he said, "takes a lot of commitment from the partner." And he stressed, "Microsoft was more willing to do things that were specific to Facebook." (Google does offer the ability to remove content from YouTube, though that's for the benefit of copyright holders.)

Although Zuckerberg did his best to downplay Facebook's competition with Google, there was no hiding the fact that one of the two Facebook employees assisting Zuckerberg in the product introduction was Lars Rasmussen, who helped create Google Maps and left Google shortly after the failure of Google Wave.

Graph Search remains a work in progress and Zuckerberg said it would keep Facebook engineers busy for years to come as further improvements are implemented. At the moment, it is focused on queries related to people, photos, places, and interests: for example, "people who like tennis and live nearby," "photos of my friends taken in New York," "Indian restaurants liked by my friends from India," and "books read by CEOs."

Eventually, Graph Search will be expanded to cover mobile, languages, posts and Open Graph data. Graph Search might also get an API at some point, to enable third-party developers to create apps capable of accessing Graph Search data.

"This is one of the coolest things we've done in a while," said Zuckerberg.