Bloomberg dropped a bombshell report this week, claiming that servers produced by Supermicro contained a specialized chip designed to allow China to spy on the industrial secrets of Apple, Amazon and others, as well as the US government.

For years, a highly specialized group of hackers in China were able to modify server hardware in an effort to spy on the industrial secrets of Apple, Amazon and other companies thanks to tiny microprocessors covertly inserted onto motherboards made by US company Supermicro, according to a blockbuster report written by Bloomberg.

If true, the report claims that this group of hackers have infected large portions of the global technology supply chain since Supermicro makes motherboards and servers for many different companies around the world. (See Unknown Document 746598.)

The Bloomberg story, The Big Hack: How China Used a Tiny Chip to Infiltrate U.S. Companies, finds that this hardware hack affected about 30 different companies, including Apple and Amazon.

The report describes a classic, large-scale Advanced Persistent Threat (APT) operation, where chips the size of a sharpened pencil tip were inserted during the manufacturing process of motherboards designed by Supermicro and then shipped in servers to customers. These chips were designed to look like signal conditioning couplers on the board, but once switched on, they could alert the operating system's core and accept modifications, while transmitting data to remote servers elsewhere. 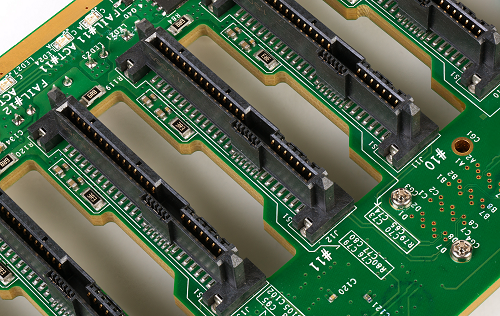 Even though the methods were complicated, the motive was simple: Embed the chips deep within data centers and this would allow large-scale industrial espionage and intellectual property theft to continue for years without detection.

However, it's not clear if any data was ever transferred from the companies mentioned in the report.

These types of hardware hacks, according to Bloomberg, are extremely difficult, but a specialized unit in the Chinese People's Liberation Army appears to have pulled off the feat. The fact that Supermicro's boards were assembled in China helped the process. The investigation by the US found that these chips were not part of the original hardware designs.

The story finds that the FBI and other government agencies have investigating this hacking of the global supply chain for at least three years. Part of the investigation stems from Amazon's acquisition of Elemental Technologies, which designed video compression software that eventually helped form the backbone of the company's Prime video service.

Elemental's technology also made its way into the federal government, including the Department of Defense and the CIA. In order to support the software, Elemental contracted with Supermicro to build highly-specialized motherboards for servers.

Around 2015, when Amazon was working to acquire Elemental, security experts came across the tiny chips. Amazon went on to inform US authorities.

Apple, which also used Supermicro servers in its own data centers, also discovered the chips independently, but according to Bloomberg, the company did not share as much information with authorities as Amazon did.

Amazon, Apple, Supermicro and the government of China all denied elements of the story when contacted by Bloomberg. However, the writers note that the story is based on more than a dozen interviews with government and company insiders, including six current and former national security officials who investigated the claims.