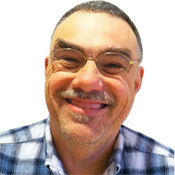 While enterprise-level breaches often get the attention of C-level suite executives and the members of their IT staff, industry research shows it actually falls to rank-and-file employees to apply best practices and exercise sound judgment in order to properly contain them

Since the release of Verizon's 2012 Data Breach Investigations Report, I can't help but think that in most cases it's not IT that will keep users safe -- it's a combination of management and best practices. The Verizon report revealed that 97% of data breaches evaluated by the telecom giant in 2011 were avoidable and did not require hackers to possess special skills, resources, or customization. And it found that the majority (30% of breaches, impacting 84% of records breached) was the result of stolen login credentials.

Case in point: this story in Aviation Week, which detailed how, since 2009 and continuing undetected for "around 18 months" the BAE systems' portion of the Lockheed Martin F-35 program in the U.K. had likely been subject to significant data theft, possibly by a nation state using Advanced Persistent Threat (APT).

As detailed in the article, the remedies to data thefts like the BAE breach have included the emergence of an experimental information-sharing program founded by ADS (Aerospace and Defense Trade association) known as the Virtual Task Force and, separately, a British-government backed "Cybersecurity" pilot hub involving participants from five business sectors -- defense, energy, pharmaceuticals, telecommunications, and finance.

In both cases the goal is information-sharing. As Julian Fraser, director of a classified-information disposal service and a committee member of ADS’ Cyber Protection and Assurance Group, said, "The point of the Virtual Task Force is to involve companies at boardroom level, as well as getting their technical people together to analyze attacks and discuss the solutions they find. "

Mutual cooperation. That's a start in the right direction, but the article also significantly mentions the possible weak link in the chain: getting employees to pay attention, take charge, and take responsibility.

As the author properly suggests, security will not improve if only the CEO and the information technology department know about the threat. For example, the BAE F-35 breach and a similar hack on Lockheed Martin and RSA, its digital security supplier, used "spearphishing" attacks where an individual employee was tricked into opening an email that went on to infect and compromise the network.

"The problem exists between the keyboard and the chair. The initial trigger is duping an end user, and that mechanism remains a highly successful method of penetrating organizations that have multi-layered security controls. "

A conclusion reinforced by evidence accrued in the aforementioned Verizon report and the following summation by Marc Spitler, a Verizon security analyst:

"Very often, the companies breached had no firewalls, had ports open to the Internet or used default or easily guessable passwords."

In other words, easy-to-find, easy-to-learn and easy-to-exploit weak passwords.

Additionally, according to the Verizon report, social engineering methodologies dominated the types of data breaches, including 46% taken advantage of by phone and 37% in-person. Surprisingly, breach by email came in a relatively distant third at "just" 17%. In other words, the "victim" of the breach and the hacker on the other end actually communicated with one another, either face to face or verbally by phone. In other words, employees who were quick to believe "the tale" they were being told.

Cumulatively, the findings highlight the need for companies to pay attention to security basics. "It is about going back to basic security principles. A lot of the same recommendations we have used in past years, we have recommended this year, " he added.

But what kind of reception will these security basics find among employees? A just-released Sophos-sponsored survey of global IT professionals found that 96 percent of respondents (IT professionals and IT decision makers) do not trust their own end users to make sound IT security decisions.

These results underscore the impact that a lack of understanding security policies and best practices -- in every department and at all levels of an organization -- can have on an IT infrastructure. In sum, disclosure of data breaches should not stop at the boardroom doors. Indeed, think of your organization as a microcosm, a subset of the aforementioned Virtual Task Force or British Cybersecurity hub. Apply top-down security by sharing information about breach events as they happen. Leave no one out of the loop. Consider every employee a stakeholder in the process of securing your network and its intellectual property. Conduct general security awareness training. Give employees specific instructions on how to recognize and stop breaches. And then make those same employees accountable by getting them to appreciate that it’s up to them to keep their eyes open and their suspicions about any offer, whether face-to-face, over email or by phone, hardwired to maximum setting.

That way, when Verizon releases its next report on data breaches, it won't be your company (or any of your employees) that’s counted among its casualties.

Join Sophos for a Dark Reading sponsored webcast: 3 Steps to Securing Private Data in the Public Cloud, on Thursday, April 26, 2012 at 11:00 AM PT/ 2:00 PM EST. The webcast will include discussion on the security challenges of storing data in the cloud; limitations of a digital do-it-yourself approach; and three simple steps to protecting data in the cloud. Click here for registration and more information.